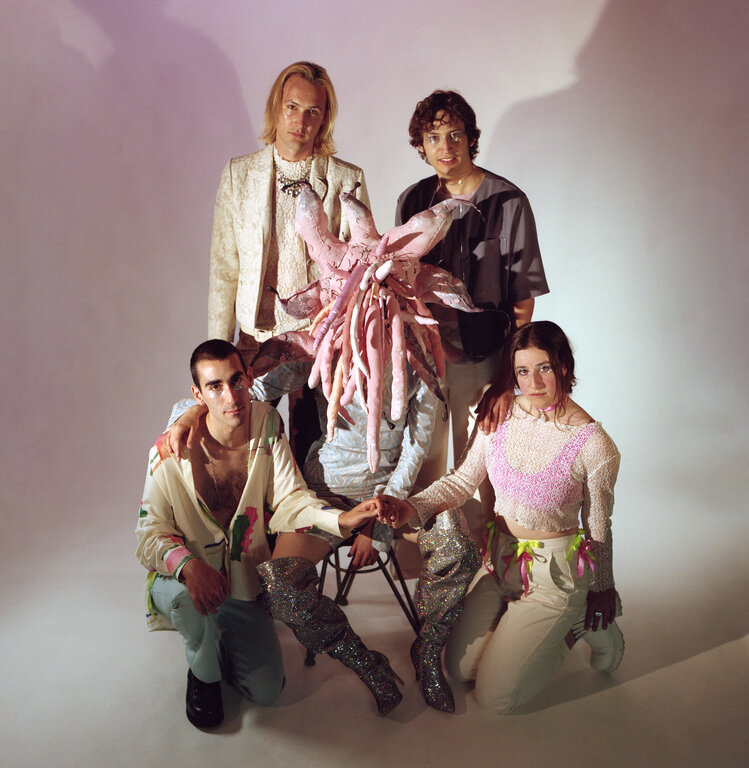 Fleece is an indie band from Montreal via Toronto: they play music and sometimes make people laugh. Fleece is a neo-psychedelic project - on stage,they bring an unforgettable energy to compliment their unique indie, psychedelic sound. Sonically, some of Fleece’s many influences include Tame Impala, Herbie Hancock, The Beatles, and Joni Mitchell.

Many know Fleece for a YouTube video called “How To Write an Alt-J Song”, which exponentially grew their social presence, and further pushed their music across the globe, having almost 12 million views to date.

“Voyager” is a personal recount from lead singer Matthew Rogers. Travelling back in time to speak to his teenage self, Rogers tries to put into words the things he wished to hear, as well as the dark feelings he held during his closeted youth. The album may appear to be about Rogers' sexuality, however, the intention is to give voice to the heavy feeling of harbouring a secret for a long period of time.Throughout the time-travelling journey of “Voyager”, Rogers is trying to extendhis message to listeners out there who might feel lost, lonely, or misunderstood. While the story of “Voyager” has many cathartic elements to it, the album is meant to take the listener on a beautiful musical journey from start to finish.

Fleece's psychedelic-rock and jazz influences still remain in the sounds they expand on in “Voyager”. Throughout the album, Fleece experiments by use of synthesis, auxiliary percussion, strings, flutes, and vocal harmonies. Most songs were brought to the table by Rogers, and later arranged with bassist Gabe Miller and drummer Ethan Soil who helped bring each song to life.

Although Fleece’s message about finding identity and embracing their weirdness has spoke to many of their fans, for others, they simply keep coming back because they like the music.