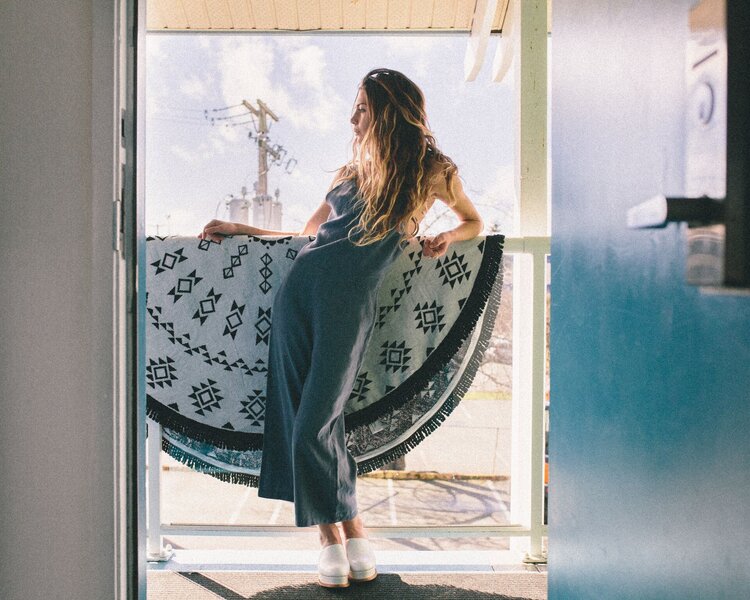 Sierra Lundy is a Victoria-based musician, model and freelance artist of multiple disciplines. Growing up on the West Coast of Canada in the supportive arms of a highly creative Salt Spring Island community, she was encouraged to follow artistic pursuits from a young age, graduating from high school in a specialized performing arts program. She studied visual arts and musical theory at Mount Alison University in New Brunswick before moving back to the West Coast and graduating from Blanche MacDonald’s fashion design program. After establishing roots in Victoria working as a model, dancer, freelance artist, illustrator for multiple magazine spreads, and designing album art for bands such as Jon and Roy and Jesse Roper, she switched gears and returned with full force and passion to music. As one half of the rapidly-rising musical duo Ocie Elliott, she has had many successes including high profile tours in Canada and Europe, music placements in shows such as Grey’s Anatomy, and signing with Vancouver indie powerhouse Nettwerk Music Group. Determined to expand her creative output into more musical endeavours, she is currently wrapping up demos for a solo EP due to be released in 2020.